PLEASE NOTE - Whilst the Ross of Mull is a lovely and remote area there are two areas that you need to be aware of:

The route from Torr Fada to Ardalanish and also through Glen Forsa is VERY rough going. The ground has many holes in it, often hidden under heather or grass - it's as though folk have taken stones out of the ground leaving the holes behind. Consequently you need to take great care when walking in these areas and it will also take much longer than expected to traverse the terrain.

All along the Ross of Mull there are opportunities to see birds of prey like golden eagles, sea eagles, short-eared owls, deer, seals, etc.

Jump down to the map

David Balfour was washed ashore on Erraid which, as he found out, is actually an island separated by about 100m of sand from Mull. The sand is normally covered at high tide so check the Links page for the tide tables. The bay (NM295196) is at the western side of the island and is a lovely spot. If you decide to camp on the island then do take enough water as there are not many streams. When on the island you should also see the observatory, the nearby quarry for the lighthouse stone and also the lighthouse keepers' cottages. 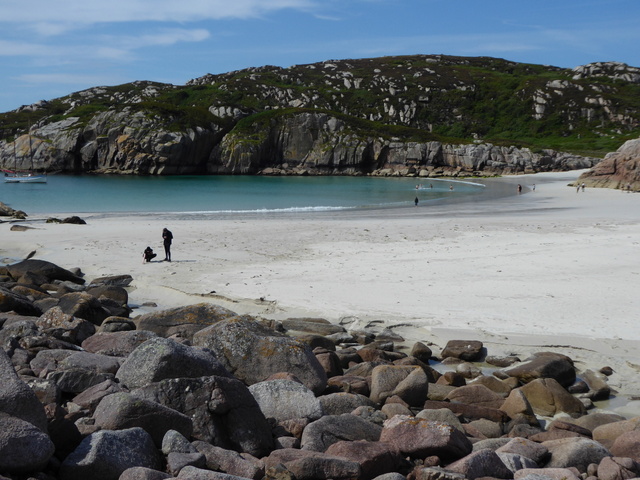 The main road from Fionnphort to Fishnish seems to be the obvious route. However as it is just 50 miles, and David travelled 100 miles, then it is less likely. There are lots of different possible routes across Mull with the following being one that gives a good introduction to Mull.

The quality of the Stone work in Tir Fhearagain is remarkable. Note the rounded corners of the buildings - designed to handle the high winds! These villages are typical of the type that David Balfour would have come across on his journey.

Head south past Breac Achadh towards the coast at Traigh Gheal and then East over the hill and down to the stile in the deer fence at NM351173. Continue north and then east to climb up Beinn a Choal-airigh where there are great views to be had. 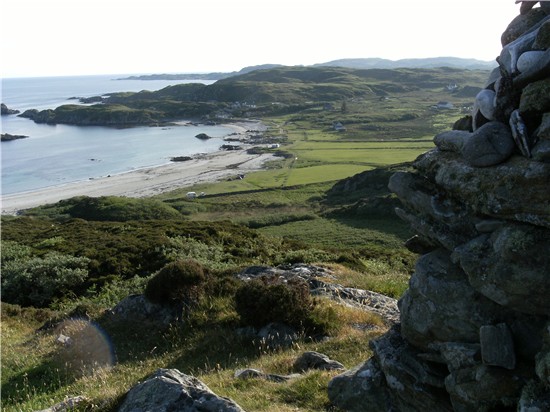 Drop down to the north and then east past another old village to pick up the track at NM366182. Follow this track before dropping down to the old Iron Age Fort of Dun an Fheurain and then on to Ardalanish Farm for a cup of tea or coffee and have a look at their weaving mill.

Continue along the road to Uisken and then head towards Scoor and investigating the area and Kilvickeon Chapel before following the track to Shiaba(NM439192) . 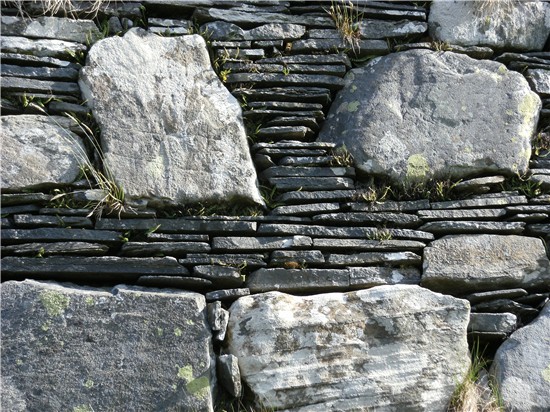 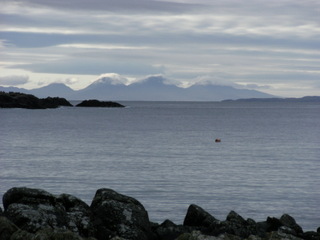 From Shiaba head north and then east to follow the headland round to Dearg Bhealach (NM476198). Here you have two choices to get to Carsaig Pier (NM545214):

The choice of route will be determined by the time of year as there are Golden Eagles nesting on Malcolm's Point. The eggs are laid in March and are incubated for 43-45 days. The checks will fledge when they are 65-70 days old. This effectively means that you should avoid Malcolm's Point between March and June. 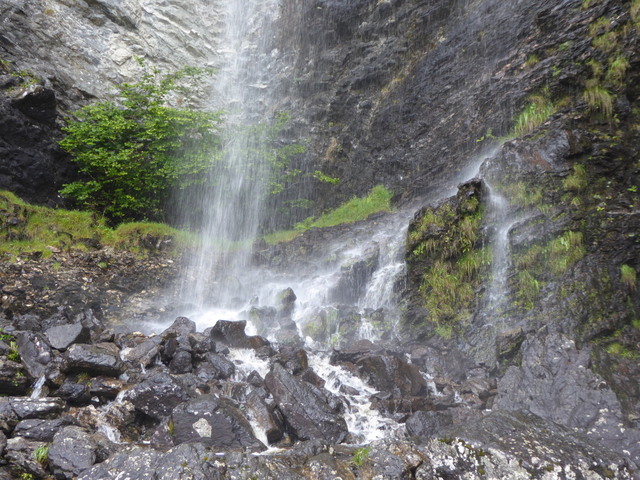 From Carsaig Pier follow the coastal path towards Lochbui. Note that there is a rock step toward the end that is only passable at high tide by using the rope in place there. Please do check the condition of the rope first before attempting to climb up. 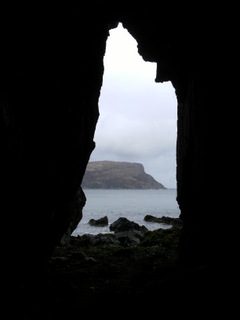 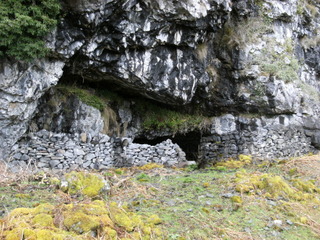 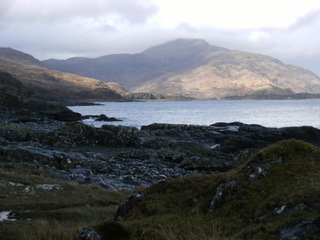 There is a small bridge over the Glenbyre Burn before the Glenbyre Cottage where you join a track into Lochbuie.

Take the path north from NM615256 through to Glen More at NM623303. (You will have to cross a small river.) Carry on through Glen More to the start of Glen Forsa at NM643329. Note that if you want to avoid the rough ground in Glen Forsa then you can catch the bus from the bus stop at NM630313 to Craignure/Fishnish.

Follow this track north into Glen Forsa until it ends and then pick up the path (rough and boggy!) leading to an old village (NM641344). Head to the deer fence on the western edge and cross the stile (a little to the south). Continue heading north until you reach a gate at NM638354 where you cross it and follow the edge of the wood. You will soon reach a track that goes all the way to Pennygown (NM595427).  Also note that there is a bothy at Tomsleibhe (NM618372). 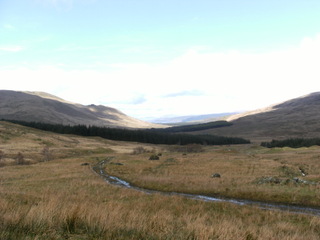 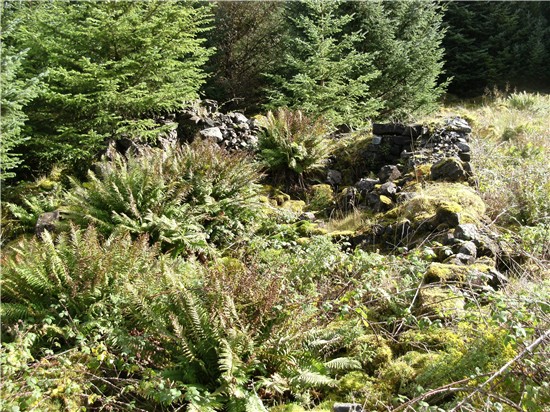 From Pennygown follow the main road round to Fishnish which is likely to have been the Torosay in the book, or carry on to Craignure if you need the Oban ferry.

This web site and concept are © Ian Logan unless otherwise mentioned.

Statue of Allan & David: Copyright kim traynor and licensed for reuse under this Creative Commons Licence.